Twitter Appoints Nigerian Woman – Ngozi Okonjo-Iweala to Board of Directors

Twitter Inc., which is one of the biggest social media platforms in the world recently announced the appointment of a Nigerian woman and former Minister of Finance, Dr Ngozi Okonjo–Iweala to its board of directors. She was appointed alongside Robert Zoellick. She is to serve as one of the independent directors and the appointment is with immediate effect. 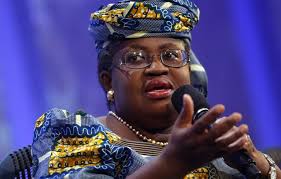 In announcing this appointment, the Executive Chairman of Twitter;  Omid Kordestani, stated that madam Ngozi is a distinguished leader with unparalleled global perspective and policy expertise. The chairman is of the view that she will  be an incredible assets to Twitter as it continue to focus on driving transparency and making Twitter a safer, healthier place for everyone who uses their service.

Dr Ngozi Okonjo–Iweala, who holds a Ph.D. from the Massachusetts Institute of Technology and an A.B. from Harvard University, replaces Marjorie who is stepping down from the Twitter board, later in the year, after serving the company for over five years.

In her response, Dr Ngozi Okonjo–Iweala stated that “Twitter is a powerful platform that continues to be used as a strong connector for the global community, and I’m thrilled to be a part of the team”.  Furthermore, she concluded by saying that “As we strive to build a better world for tomorrow, Twitter can amplify messages and drive critical conversations around today’s most important issues. I look forward to partnering with Twitter’s talented directors and leadership team as we work to leverage the power of Twitter for good.”

Who is Dr Ngozi Okonjo–Iweala?

Dr. Okonjo-Iweala has served in boards of various global institutions and organizations. She has also served the Nigerian government at various times. below is a list of her professional experiences that spans over 2 decades:

Dr Ngozi Okonjo-Iweala, congratulations on your well deserved appointment into the board of Twitter Inc. We wish you a successful time at Twitter.

Academia, Blogger, Digital Marketer and Web Designer. We Review Products and Support Business Owners To Grow Their Businesses Online.
Follow Me On:

This site uses Akismet to reduce spam. Learn how your comment data is processed.